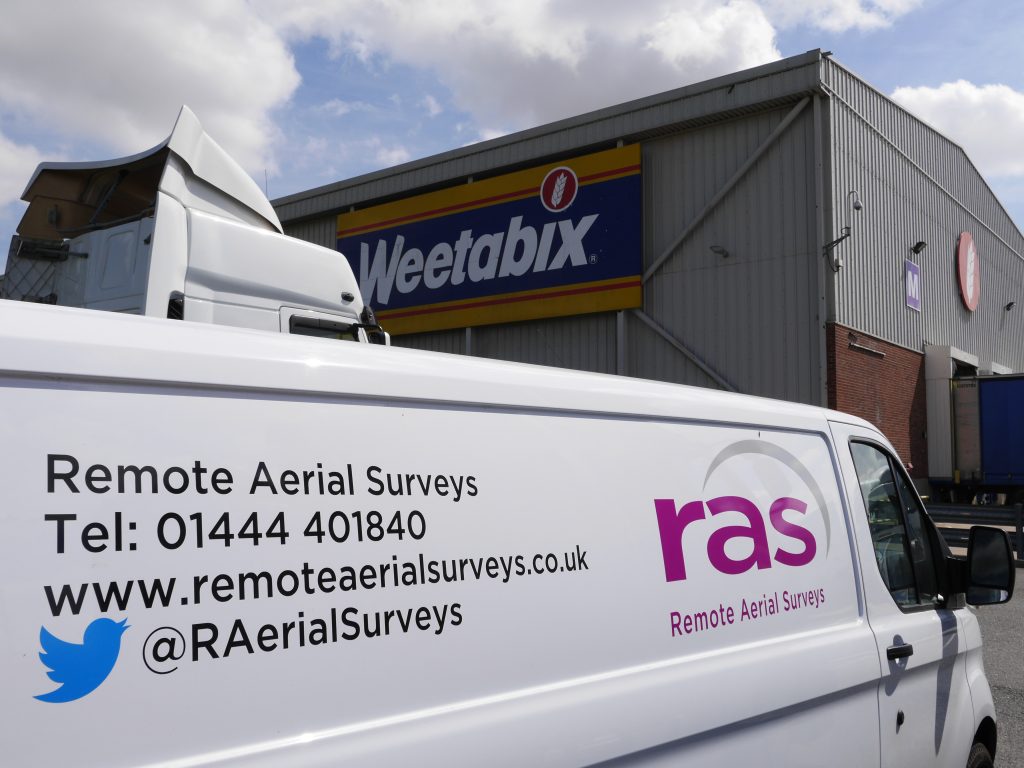 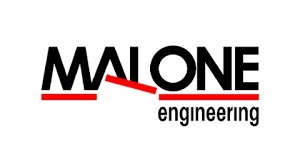 On behalf of their client, Weetabix, Malone Engineering, were looking to carry out an aerial roof inspection of the Weetabix plant in Burton Latimer. The site was large with varying roof structures, materials and condition and due to vast elevation changes and uneven surfaces difficult to inspect.

Inspecting the roof via scaffolding would be time consuming, expensive and dangerous so they considered using a UAV (or ‘drone’) and got in contact with Remote Aerial Surveys. Our UAV mounted cameras negate the need for working at height and offer a rapid review of the structural integrity of a building. Key personnel were able to stay safely on the ground while the UAV focused on areas of concern such as chimneys and roofs.

For Malone Engineering, a UAV was the perfect tool, using in this case, a small, hexacopter-configured UAV weighing less than 7kg able to perform vertical take-off/landing and controlled by waypoint using computer software. This allowed the production of highly accurate photogrammetric elevation models.

It was a large site with multiple types of roofs and elevations. Some buildings contained multiple roof structures posing challenges to pick out and identify features. Due to elevation changes over the site (downhill) view was obscured to some buildings so inventive take-off sites had to be used.

UAVs flew over the whole Weetabix site at fairly low level, to ensure the capture of the right level of detail. Both photogrammetric and oblique imagery were taken to ensure a high intensity of data for all building structures and roofs.

The UAV provided rapid access to all including the most challenging & difficult to reach buildings and roof structures. The UAV captured high resolution aerial imagery covering the full extent of the site which was then organised in Google Earth for easy viewing and assessment. Each photo was represented by a small icon over Google Satellite imagery located where the photo was taken, allowing quick and easy identification without having to search through multiple photos or footage.  With this, the client is now able to check on the condition of:

Initially Weetabix wanted straightforward imagery but once they realised the additional data that could be made available they requested both thermal images and a 3D model. On their site, steam was being generated from one side of the plant then pumped for use in other buildings, so thermal imaging was able to show up hotspots.

Areas of heat loss can be detected using thermal imaging

From the roof survey, we were also able to supply  a 3D model (due  to overlap of photogrammetric and inclusion of obliques) to allow them to move around a 3D model of the site for tasks such as showing repair engineers safety aspects of the roofs and safety tie points etc.

3D models of Assets can be viewed easily from an internet browser where you can rotate, zoom and share models with colleagues or contractors

The advantages of using a UAV for condition surveys and asset management are many and varied but most notably as was the case here, using a UAV was significantly cheaper than the methods they had previously employed. Malone Engineering are now convinced that being fast, safe and cheap to employ, UAVs are without doubt the quickest and easiest way for them to perform an elevated survey.