The purpose of this survey was for a planning application and was originally planned as a land survey project. Our client for this project was Survey Systems who were looking for a solution to particular difficulties presented by the 25 ha site. They identified that using UAVs would be quicker and therefore cheaper in the open terrain areas than their land surveyors could be. They were looking for a topographical survey to include visible and safely accessible detail within a specified area including:

The topographical survey was to be used as part of plans for construction works. The planning application was for a scheme in the South Macclesfield Area, which would be the second phase of an overall development. As part of the project they required this topographical survey of the land to inform the ongoing design work. 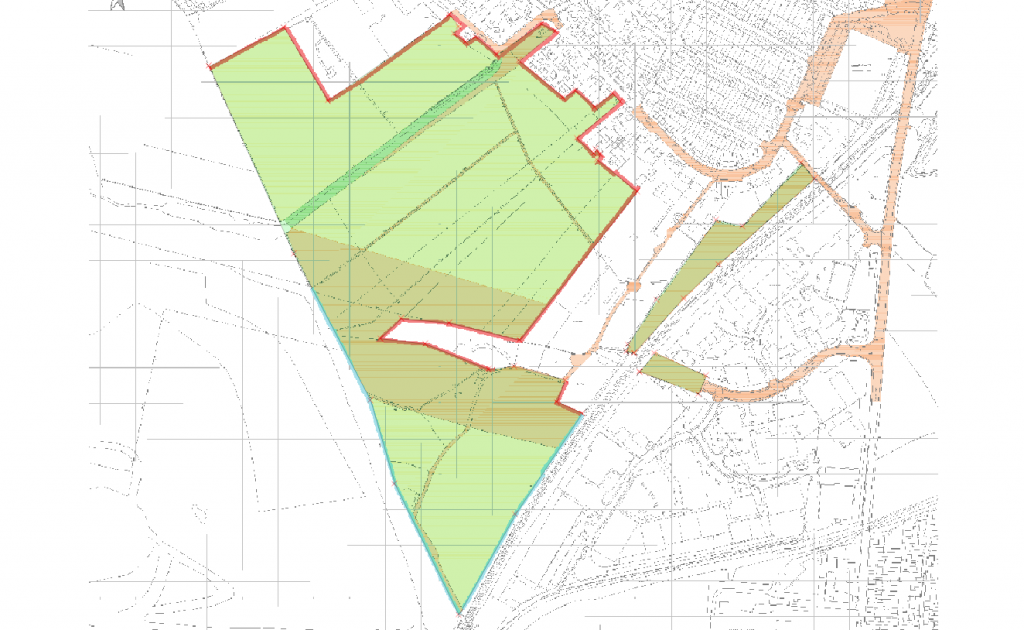 Areas to be surveyed by UAV marked in green

The survey required the collation of terrain spot height, 3Dline/point features (paths, fences, telegraph poles) and 2D line features (vegetation extents). The result was a 3D digital surface model (DSM) to which we also added digitisation around features and an RGB ‘MAP’ of the area. Along with the DSM we were also able to provide a contour map in DWG format. 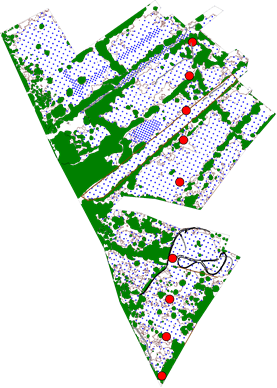 The operation itself was relatively straightforward but the manipulation of the data afterwards posed more of a challenge. The necessary digitisation of features such as heavy vegetation, roads, watercourses, buildings etc took some time nevertheless UAVs proved to be the ideal solution as we were still more time and cost effective in the open areas of terrain.

The customer was pleased with the cost effective use of the UAV which served to complement their other survey methods and have requested further work where the UAV provides a clear advantage.