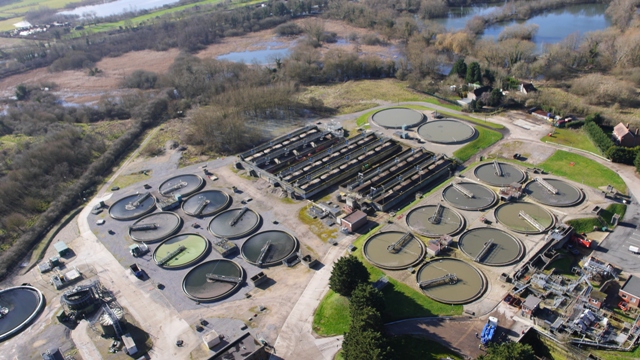 The winter of 2013/2014 was the wettest on record, with severe storms causing flooding events across the entire country. One of the areas most affected by this was the River Thames Catchment.

Thames Water are the UK’s largest water and wastewater service company and supply fresh water to 9 million customers and treat wastewater for 15 million. Thames water commissioned RAS to undertake aerial surveys during the flooding in the Thames region in February 2014.

A UAV was used to capture detailed aerial imagery of river and ground water levels and its extent within the Thames Water region. Treatment works and other key assets were the primary focus for aerial observation and the ability for the UAV to be deployed quickly and repeatedly was found to be useful by the client. Additionally survey teams were able to take images from ground level whilst driving between sites and to relay this information

The aerial survey offered a considerably quicker, cheaper and more efficient method of establishing the extent of flooding which would previously have to be established by using a GPS to log points around the edge of the flooded area. Furthermore in this instance and in relation to flooding generally the area of concern was largely inaccessible due to the low lying water. The UAV can obtain data and visual information directly over the flooded area

The UAV allows a much clearer understanding of the flooding areas and the data can be collected far more quickly and so at a lower cost than would be possible otherwise. In short the UAV was able to capture data and imagery on a scale not achievable via other methods leading to increased confidence in the modelling. The more robust the model the more informed the client is with respect to future investment and solutions.