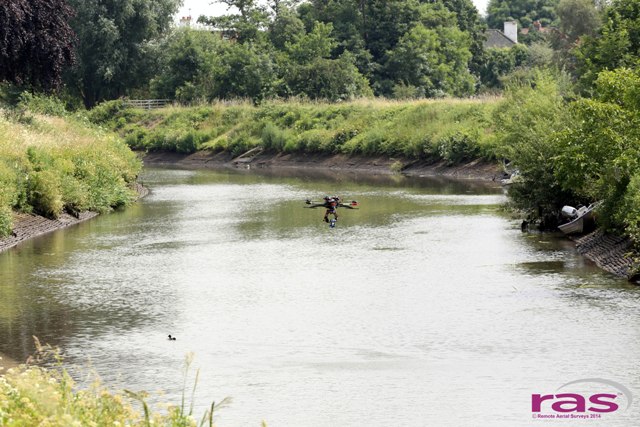 Aerial Survey of the River Mole, Surrey on behalf of the Environment Agency

In response to the storms which hit the River Mole in winter 2013/14, we were employed by Royal Haskoning DHV, on behalf of the Environment Agency, to conduct a range of low level aerial surveys of the area. The purpose of this was to locate and identify any issues in the channel, particularly those which could negate flood risk management, such as significant build-up of debris or damage to the river bank.

For these surveys, we collected HD video, 360° video and photogrammetric elevation models. UAVs were particularly suited to this job for three main reasons.