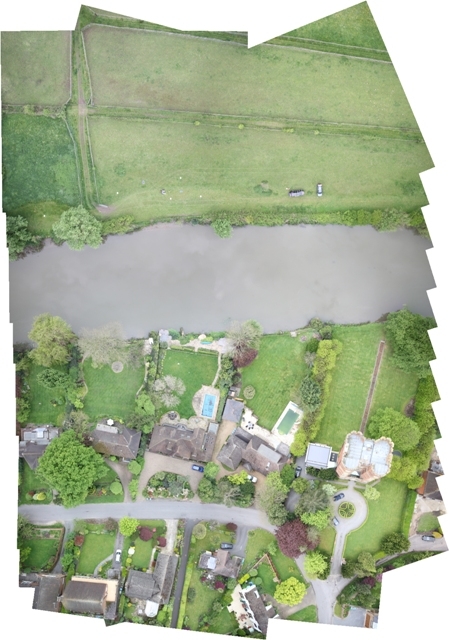 Photomosaics offer the best of both by flying at lower altitudes and acquiring overlapping imagery over a larger area allows the images to be merged to form a seamless mosaic that covers a larger area but at high resolution.

The overlaps ensure that there are no gaps in the resulting imagery. Less overlap is required for producing aerial mosaics than for DEM capture using photogrammetry techniques. However larger overlaps allow the most central part of the image to be used (the further from the centre of the image the greater the distortion caused by the lens). 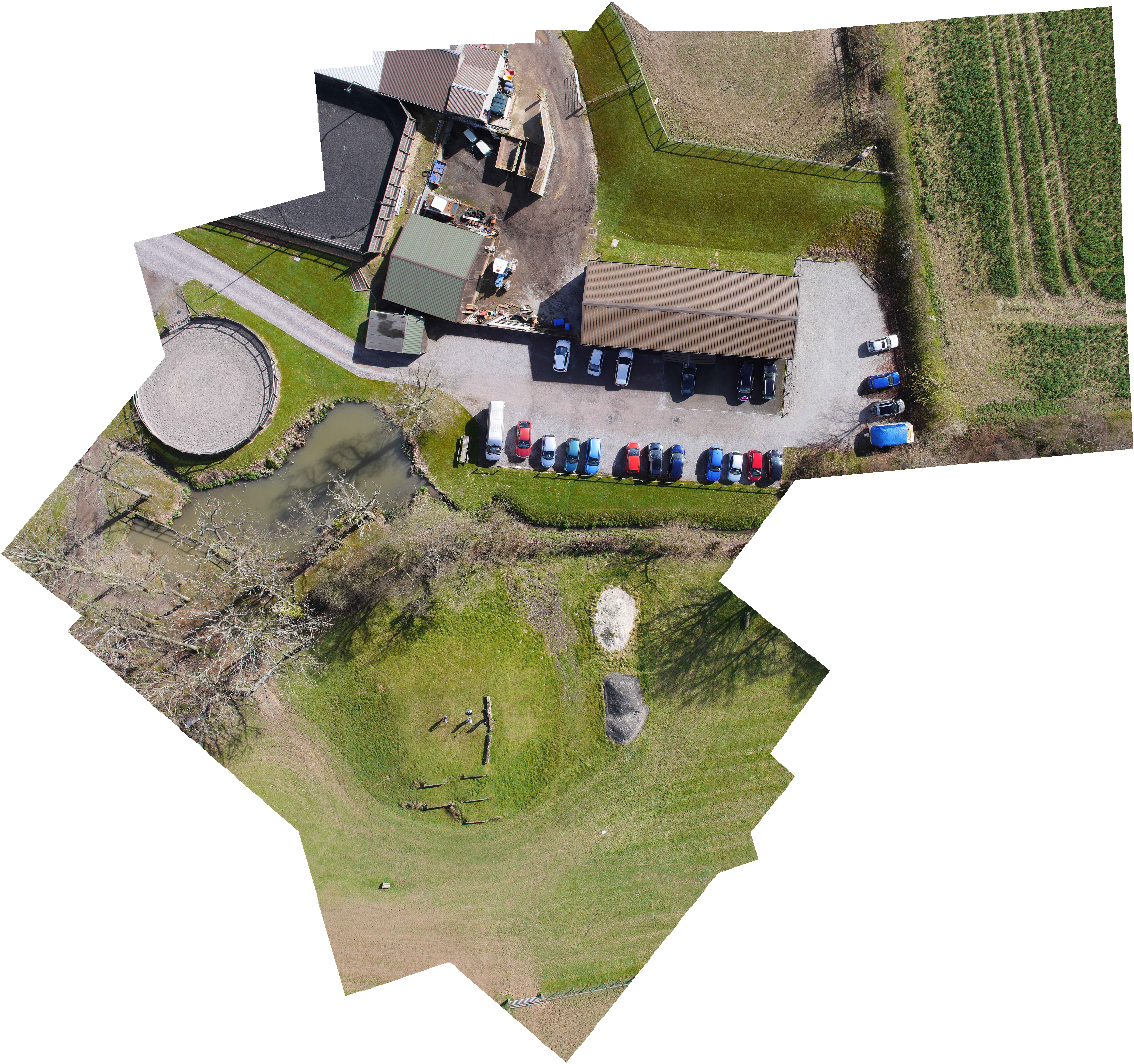 Photomosaics are created by merging overlapping aerial images. They can also be used as basic map substitutes.
Additional information such as place or road names can be superimposed on the images (either directly to the image file or if the images are georeferenced as overlaid GIS or CAD files).
Unless the terrain is perfectly flat there will be scale variation across the extent of the photomap. Towards the edge of the images there will be some element of relief displacement, the effects of this can be limited by flying with suitable overlaps so the edges of the image are not used.

An orthophoto is an image that shows objects in their true positions. They are geometrically the same as conventional maps. Unlike regular aerial images they can be used as maps from which you can take direct measurements without further adjustments. The processing to create orthophotos removes the effects of relief displacement and photographic tilt.

Orthophotomaps are produced using either one or multiple overlapping orthorectified aerial images which have the benefits of both aerial photos and line maps.